You are here: Home » Rwanda Safaris 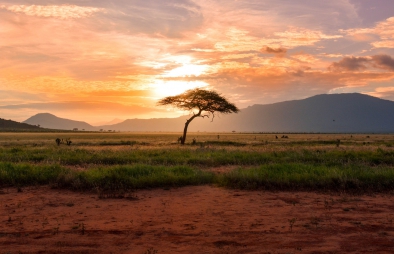 The undoubtedly beautiful rolling hills of Rwanda, stretching to the rugged ranges in the Northwest, coupled with the evergreen montane forest and savannah plains. Which are home to several charming wildlife, make Rwanda one of Africa's top safari destinations.

Despite the 1994 genocide, that graded the country backward. Rwanda has over the years, steadily rebuilt it's economic, physical, social, and economic attributes. Positioning it among the top Africa tour competing destinations.

Rwanda is located in the heart of central Africa, with Kigali as its major economic, social, and political capital city.

The varsity experienced on Rwanda safari cuts from the gorilla safaris, encountered in volcanoes national park. It's only a gorilla destination. Moving to the herds of wildlife in Akagera national park in the eastern province of the country. To the robust and jungle track of the chimpanzees in Nyungwe national park.

Rwanda safaris are majorly experienced in its three above-mentioned national parks, adding the newly established Gishwati-Mukura national park for primate trekking. However, a memorable Rwanda safari is as well discovered in the hidden history in the various museums in Kigali city, art gallery and in the local authentic cultural groups encountered.

The conservation efforts of the late Dian Fossey of the mountain gorillas in volcanoes national park, still stand as one of the major attributes that have contributed to the enabling of gorilla safaris in Rwanda.

The gentle giant apes in the montane forest and slopes of Bisoke Mountain and Karisimbi Mountain are a great attraction to primate lovers.

Gorilla trekking in Volcanoes National Park is a major highlight for the park's visitors. Having a one-hour interaction and encounter with the world's largest living primates, witnessing their life in the jungle, is an experience to die for.

Mountaineering and hiking around the slopes of both mountain Bisoke and mountain Karisimbi are fascinating adventures for daring hikers. The encompassed Virunga ranges by the park offer to breathe scenic views after conquering their rugged and slippery slopes to the summits.

The Ibyiwachu community outside volcanoes national park is a cultural site, enrich in the traditions, culture, norms, and more of the Kinyarwanda tribe. An entertaining cultural dance from the community tribe, a tour around the homestead and more come up, a lifetime experience.

Game drives and boat cruises across and about the savannah plains of Akagera national park is great opportunity to sight the charming wildlife of Rwanda on a Rwanda wildlife safari. Over 151 wildlife species are located in Rwanda. Divided between 15 primates in Nyungwe national park, volcanoes national park and Gishwati-Mukura Park.

Wildlife viewing in Akagera national park is a great chance to sight the big five game that includes leopards, lions, African elephants, rhinoceros, and buffaloes. Other wildlife games on a Rwanda wildlife safari include; giraffes, Zebras, impalas, antelopes, water buckers, duikers among others.

The primate life on a Rwanda safari is majorly encountered in volcanoes national park for the sight of the mountain gorillas, chimpanzees in Nyungwe national park with a high chance to see other primates such as L'Hoest's monkeys, Vervet monkeys, red-tailed monkeys, blue monkeys, Grey-cheeked mangabeys, olive baboon, Angola colobus, and mantled guereza among others.

Birding expeditions in the bird havens of Rwanda are exceptional moments, sighting over 600 bird species in the tourist destinations of the country. Forest birds are mostly located in Nyungwe national park with savannah birds located in Akagera national park, due to the savannah plains. A sight and view of the beautiful soaring birds of Rwanda, the trees, and the landscapes are worth it for all birdwatchers.

Best time for a Rwanda safari

The best time to explore the wonders of Rwanda would be during the dry season. With less slippery trails, this makes transportation easier, with the even fact that most routes in the parks are murmur. The visibility of the wildlife, landscapes, and bird species is as well made easy in the dry season compared to the rainy days.

The months June to October are the dry months and would be the best months to take on your Rwanda safari.

Dolphin tours and travel is here to take you on a memorable lifetime Rwanda safari. With our team of experts to organize tailor-made trips that would satisfy your Rwanda needs.

Dolphin Tours and Travel is a seasoned Uganda-based Tour Company, providing some of the most life-changing safari memories to visitors in East Africa (especially Uganda, Rwanda, Kenya and Tanzania).